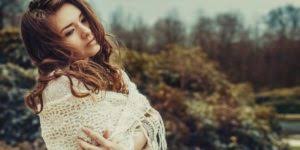 This is the third part of a 4-part series

For my whole life, until she passed away in 2004, my mother seemed to hate me without a cause. I was singled out among my siblings for physical abuse over a 6-year period. She purposefully separated me from our family multiple times. She restricted what I was allowed to eat. She had impossibly high expectations for me that I could never hope to meet. I lived in constant terror of being hit, yelled at, or ostracized in some way. My adrenaline was on constant overload. It was a horrifying way to live.

Somewhere along the way, I unwittingly took the hatred my mother had for me and turned it toward myself. The seed of self-hatred was planted probably at a young age. Whatever you hear about yourself for a long period of time becomes a part of your inner monologue. You begin to believe you’re the thing someone is telling you about yourself. So I believed I was a bad child. I was really feeling like the bad seed or black sheep of the family. I was stifled in every way a child could be. My mother’s hatred of me seemed to seethe from her to me. I began to believe the things she believed about me.

But there was no reason for any of this. My mother’s treatment of me was equivalent to what a criminal might receive in prison. I never understood why she hated me so. But then, unbeknownst to me until recently, I hated myself. I was cold and indifferent. But I have been coddling myself mainly with food for a long time, believing this was a form self-love. But food can become an addiction as much as any drug. In fact, it can be the most difficult thing to overcome because we have to eat to live. And I found myself in a constant struggle, wanting to eat everything I could get my hands on. I let myself spend money on whatever I wanted even if I couldn’t afford it.

In the second Saturday session at our women’s self-defense class, I found I was experiencing a cold indifference towards myself. The scripture that says, Love your neighbor as yourself was running through my mind. But the emphasis was on “AS YOURSELF” in my mind. Most of us who’ve been Christians for a long time have focused on the “love your neighbor” portion. But I’ve learned that loving yourself is as important as loving your neighbor. The old adage, “You can’t love anyone else until you love yourself,” seems to be true. I didn’t love myself because I believed what my mother had told and demonstrated to me about myself. I believed I was no good. I believed I was not worthy of love.

Fast forward to the Saturday I’m writing about. I was feeling a cold indifference toward myself, and had been feeling that way a lot lately. It wasn’t quite hatred. It was apathy. That, in a way, is worse than hatred because that means there was no real feeling towards myself. The apathy indicated a lack of passion toward myself. I was alarmed to be feeling that way.

As we began the physical process, it was the same as before. I was hitting the pad with a baseball bat with all my might. As much as I didn’t like the actual process, I knew from the previous Saturday how important it was to go through it. It was similar to the previous time. My sister had me saying things about myself that were no longer true. Saying them out loud still felt strange. But I had been through it once already, so it didn’t feel as strange. But still, it was tough.

It was tough to think of the process. I could feel my fight or flight kicking in. I wanted to fly. I didn’t want to feel the pain of hatred and indifference toward myself. But I kept at it, trying to fight the urges to run away. As my sister was helping me to work through it, we took breaks and talked for a bit. I assessed where I was. She assessed how close I was to the apex. I could feel the same urge to push through the pain and get to the apex. I kept going and fighting even though I was exhausted. I felt myself getting closer.

God was saying to me, The seeds to love yourself will be planted today. As I progressed through the battle, I felt this was happening very quickly as I yelled and hit and forcefully pushed the enemy so hard to make him flee. But the urge to stop and run away was overwhelming. Finally, when I reached the apex, I could sense the feelings of hate and indifference start to melt away. I felt surrounded by love as the last dregs of the coldness toward myself began to dissipate. I knew, then, I could love myself as God does.
When the work was done, my heart and soul were flooded with a new sense of myself. I no longer saw or felt the indifference. I embraced myself. I felt love for myself for the first time in my life.

It’s just as important to love ourselves as it is to love others. Loving your neighbor as yourself indicates that. When the emphasis is placed on the neighbor and not ourselves, the idea can become distorted. Are we to hate ourselves? Or be indifferent? No. We are to love ourselves as God loves us. We are “neighbors” as much as anyone else. And we are loved.

Come join us and find that value! Become a Tigress and ROOOOAAAR!